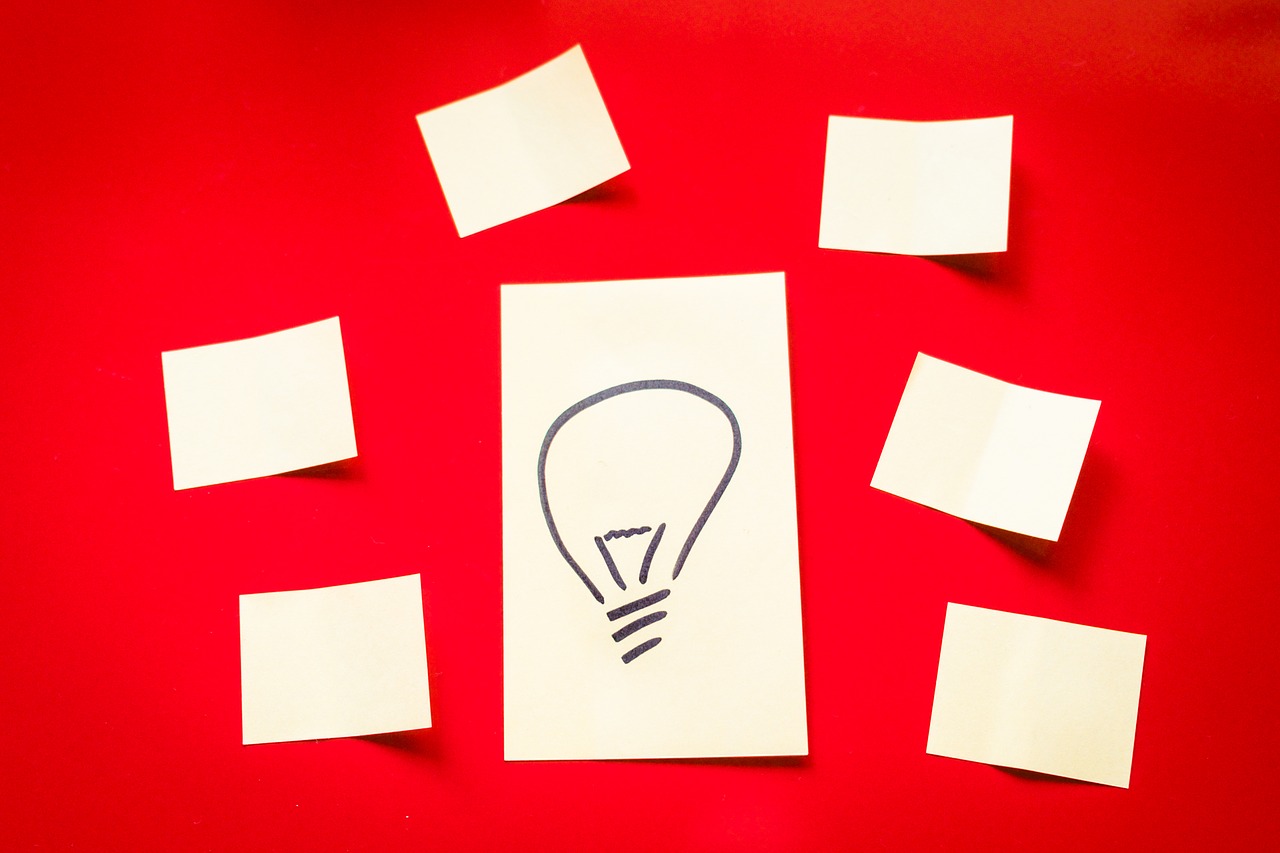 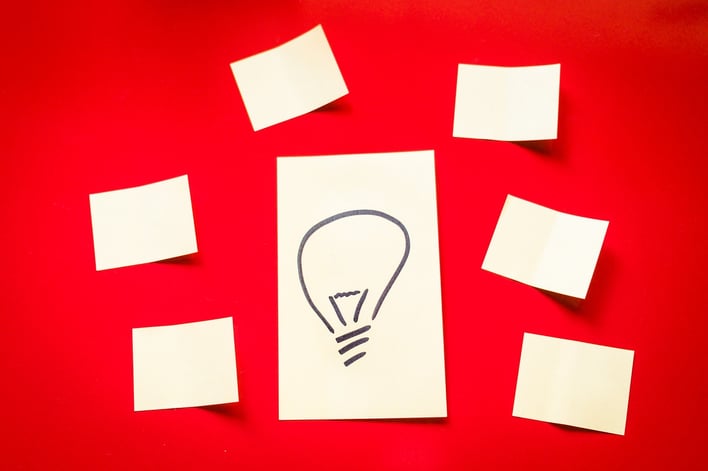 Have you ever had a business idea so crazy it just might work?

Most of us have at one point or another, whether it’s the product of a wacky conversation with friends or the crazy brainchild born from a night of insomnia. Most of us, though, aren’t brazen enough to actually act on these off-the-wall inklings.

But these entrepreneurs were. Buckle up and hop onboard; in this post we’re taking a wild ride through some of the weirdest ideas people actually turned into profitable businesses. 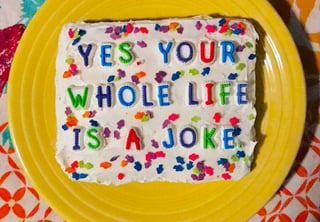 The digital age has sprouted a lot of unintended by-products, not the least of which are nasty internet trolls who will jump on the chance to criticize even the smallest online misstep. If you’ve ever been hit by one, you know the feeling of helplessness that often comes with figuring out how to respond. Enter Troll Cakes.

For just $35, this company will turn your troll’s bitter comment into a tastebud-friendly, aesthetically pleasing baked good. But wait, there’s more. If you pay a little extra, they’ll also track the online offender down and deliver the cake straight to their doorstep.

The company’s founder, Kat Thek, told NPR she got the idea after seeing a mean comment someone posted on the Facebook page of Dolly Parton, of all people.

"It was infuriating, but also hilarious, because who would actively try to hurt her feelings?” Thek said. “It was so ridiculous.”

What a delicious way to make an online enemy eat their words.

Allow us to set the scene: it’s a 5K race course where amateurs and experienced runners come together to get active. To participate, each runner pays an entry fee, which goes in part toward a charitable cause. This race has no winners, and there’s no awards ceremony at the finish line. But at some point, every runner will be sprayed, squirted and soaked with neon colored paint.

Sound crazy enough for you? Yep, that’s the Color Run.

The idea belongs to Utah native Travis Snyder, who founded the so-called “Happiest 5K on the planet” in 2011.

The highly-Instagrammable race spread like rainbow-colored wildfire and has since been held in more than 50 countries and has hosted an estimated one million participants. 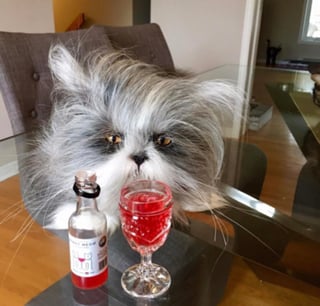 If you’ve ever been alone at home on the couch on a Friday night, sipping a glass of wine solo save for the company of your cat (no? just me?), you’ll appreciate this one.

Apollo Peak is a wine-inspired beverage designed for our feline friends to enjoy alongside their vino-loving owners.

It’s not actually alcoholic, of course, but it’s the next best thing for kitty; it’s made with beets and catnip and comes in cat-approved flavors like Pinot Meow and Catbernet. Purr-fect (sorry, had to!).

It’s a common, frustrating and seemingly inevitable part of doing laundry: losing socks to the mysterious dryer monster. It happened one too many times to Edwin Heaven, and he came up with a solution: selling packs of socks with a backup built right in.

Throx is exactly what its name would lead you to believe—three socks sold as a set instead of the standard two.

The founder created an ecommerce site and began making sales, and in 2009 even brought his wacky footwear concept on the hit show Shark Tank. The sharks admittedly weren’t too thrilled with the concept or with the theatrical Heaven, who spent a lot of his presentation making foot jokes, and he walked away without an investment.

Despite his disappointing Shark Tank appearance, Heaven kept the Throx site open for business and savvy sock owners can still purchase their three-packs in his online shop.

You know how sometimes you’re just so angry you want to break something? But you resist the urge because you’re a functioning adult, even though throwing a plate or two against the wall would feel oh-so-satisfying?

Resist no more, because now, anger rooms are a thing.

Anger Room was started by Donna Alexander in 2008 with the goal of providing an alternative to merely talking it out when you’re having a bad day. For $25, stressed-out patrons can enter a room dressed up like a home or office and go buck-wild smashing cups, plates, and other décor.

As the website puts it, “we all get angry, we’re human, so why not do everything you’ve dreamed of doing when you’re mad without paying the insane cost and severe consequences of your actions?”

That’s one way to ward off a bad day!

Nine-year-old Marissa Streng didn’t like drying her dog, Mojo, when he came in wet from a swim or romp in the rain. He was stinky. He was squirmy. And his fur got everywhere.

As part of a school project, Streng set out to solve her wet dog dilemma and came up with an idea: a bag that functions like a clothes dryer meets hair dryer, drying Mojo while he was zipped inside.

Does the contraption look ridiculous? Completely. Did the idea take off? You guessed it—Streng turned the idea into a full-fledged business, and you can now purchase the Puff-N-Fluff Dog Dryer online starting at $39.95.

Your pooch may not walk away with his pride, but at least he’ll walk away dry and toasty.

Milk and cookies. Steak and potatoes. Grilled cheese and… Jesus?

That’s the, um, brilliant idea behind the Grilled Cheesus, an electronic sandwich press that toasts the face of Jesus onto your ooey gooey sandwich. Invented by Brooklyn natives Rob Corso and Meg Sheehan, the device is a “fun way to impress your friends at a party or the congregation at your church coffee hour.”

In 2012 they took their holier-than-thou sandwich press to Kickstarter to see what kind of response they’d get. They were pleasantly surprised to find that others, too, loved the combination of sandwiches and saviors, and they surpassed their $25,000 fundraising goal.

Today anyone can make little grilled miracles of their own by purchasing the Grilled Cheesus on Amazon.

Get more weekly (and sometimes wacky) posts delivered directly to your inbox. Subscribe to The Profitable Entrepreneur Below!

Enrich Your Business (And Your Mind) By Hitting The Road

10 Entrepreneurial Advantages Of Sleeping In