How to Harness the Power of Visualization in Your Business 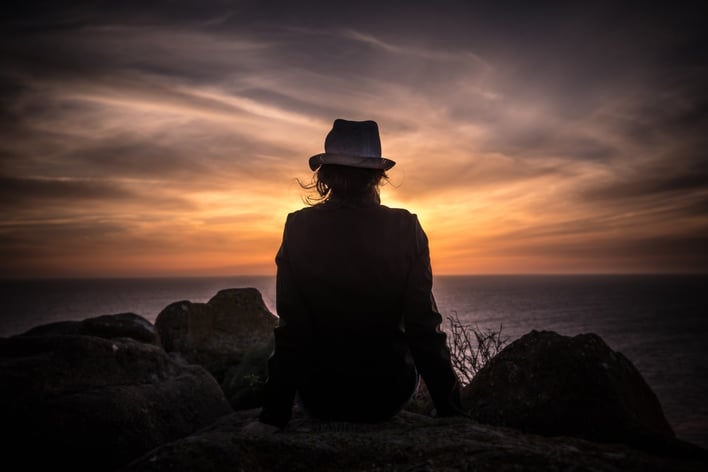 Whether it’s a football kicker looking to make the extra point, a comedian hoping to land a killer punch line or a salesman going in to close a deal, the world’s top performers have one tactic in common: all of them use the power of visualization to help achieve success.

In simplest terms, visualization is the process of imagining your success before it happens—feeling, hearing and experiencing it in as much detail as possible.

It sounds a bit like a child’s game of make-believe, but visualization has been scientifically proven to work; you can use it to achieve almost any goal, from your health to your personal life to your business.

Perhaps the most pervasive example of visualization as a success tactic is in the sporting world.

It was a technique legendary boxer Muhhamad Ali called “future history.” As he described it, he would literally see each fight unfolding in his mind from start to finish, before it ever happened.

He would even tell the media about it (watch the interview clip below to get a feel for just how realistic Ali’s visualizations were). Incredibly, the fights often unfolded exactly how he said they would.

Today, athletes from little league teams all the way up to the Olympics rely on pre-game visualization to help them win, and research shows there’s something to it.

A study published in Neuropsychologia measured the strength of participants’ bicep muscles over 12 weeks. The people in the study were asked to mentally visualize flexing one of their biceps as hard as possible, five times per week.

What they found was incredible; even though the volunteers did not perform a physical bicep exercise (and were monitored to make sure), their bicep strength increased by an average of 13.5% by the end of the study and lasted for months after the trial had ended. A group of participants who combined visualization with actual exercise experienced even greater gains!

You Are What You Think About

Ever heard of the book The Secret? It’s basically an entire manual on visualization, packed with stories of people who have used it to get results.

Now, I’ll be the first to admit the book can feel a little cheesy. There’s a new-age, supernatural element to it that may not resonate with some people (including me). But what should resonate is the book’s core message: you are the sum of whatever you spend the most time thinking about, and that’s why visualization works.

It’s partially to do with how our brains are wired—there’s little difference in the brain activity that occurs when we think about doing something versus when we actually do it. The chemical reactions—and the resulting physical actions—are the same.

As an example, stroke patients often don’t have use of their limbs. If the limbs aren’t being used, circulation to the areas of the brain that controls that movement stops and the brain tissue can wwind up dying.

However, when a stroke patient merely imagines moving their limbs, blood flow to those areas of the brain still occurs, and the tissue is preserved.

The same works for actions you visualize in your life—say, an important negotiation. When you’ve rehearsed it in your head, the connections are familiar to your brain. Rather than getting thrown off by your opponent or losing your cool, your brain simply reverts to what it’s practiced many times before and the outcome is more likely to go the way you intended.

If you want to get really deep on how our mental energy and our perception of situations shapes the world around us, check out this article from Discover Magazine (warning—it’s some pretty heavy material!).

Ready to start harnessing the magic power of visualization for yourself? Follow these four steps to get started.

What will you wear the morning of the meeting? What words will you use when speaking to the potential client? How does his or her face look when they say yes to the deal?

Your visualization detail should cover not just your physical senses, but your emotions as well.

Imagine precisely how it’ll feel to achieve your goal, like winning that new client. The surge of pride after your hard work pays off. The feeling of security from landing a new monthly retainer. The excitement as you share the news with your team, and so on.

You can’t visualize your goal once and expect it to amount to much; like any habit, it takes consistency to pay off.

Try easing in with five minutes of visualization a day. You might make it the first thing you do in the morning, or incorporate it where you already have downtime, like on the train to work.

There’s a tricky thing about visualization; it also works in the reverse, and that’s what we simply call worrying. When you worry about a potentially bad outcome, you’re subconsciously steering your actions toward it.

Don’t get caught up in “what if’s.” It’s fine to imagine various scenarios, both positive and negative, but keep your thinking centered on how you’ll act and react within the situation. When you confront your worries in an objective way, they tend to quickly lose their power.

We’ll leave you with this final thought on visualization from Oprah Winfrey:

“Create the highest, grandest vision possible for your life, because you become what you believe.”

Practicing Minimalism as an Entrepreneur