Strive to Fail: Why You Need Failures to Achieve Success

One of my first lessons in failure happened early on.

I was 20, and I was going to school for journalism. It was late in my junior year, and everyone in my classes was landing awesome summer internships with television stations and prestigious newspapers. I needed to get my butt in gear.

Most of the good internship spots had already been filled, so I applied all over the place. I finally landed a phone interview with a small magazine based in Los Angeles. Score!

You’d think I would have been super grateful and prepared like crazy. But the day of the interview, I was at the mall shopping when my phone rang.

Crap! I had completely forgotten the interview was that day. Instead of admitting my mistake and asking to reschedule like an adult, I picked up the phone and tried (badly) to act like I wasn’t in a crowded shopping mall.

“Are you, uh, still prepared for the interview?” the editor asked from the other end of the line.

It was all downhill from there.

The first question she asked was why I wanted to intern at her magazine. I answered with some dumb response that I liked the voice of the publication.

“Oh, really?” she followed up. “Which pieces did you like?”

“I, uh, I saw some articles on your website…” I stumbled. I hadn’t even looked at their website, and it showed.

I think I blacked out from embarrassment after that, because I don’t remember much. Thankfully, the editor didn’t let it go on much longer. She served me up my first dish of real-world consequences.

“It’s clear you haven’t prepared for this interview,” she said curtly. “If you want a career in this business, I suggest you take things a little more seriously.”

I had failed—badly—but I learned a lesson that stuck with me to this day: don’t take any opportunity for granted. Prepare like crazy, then prepare some more.

Though I learned a lesson that day, it would take a few more years before I realized there was another nugget of wisdom in my experience, this one about failure itself: it’s a requirement. You need it if you want to rise to the top, just as much as you need ambition, creativity and persistence.

Failure is actually a key ingredient for success. 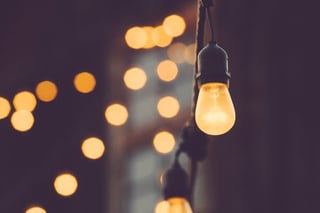 It’s a common saying in the tech world: fail fast. Typically applied to a new business venture or division, it means you should make your mistakes and recognize the shortcomings of your product as soon as possible, so you can pivot into what’s ultimately going to be profitable.

I think the same mantra applies nicely to entrepreneurs as humans.

When you go through life treading carefully, trying your hardest not to make mistakes, it’s slow going. You won’t get very far, and you won’t learn much.

When you try new things, on the other hand, moving ever forward and unafraid of the possibility of failure, you experience new things which leads to newfound intelligence. More intelligence, of course, is a boon for any business owner.

Science has shown that growth-minded individuals, i.e. the most successful entrepreneurs, have a highly specific way of looking at failure.

Instead of seeing a mistake as a negative reflection on them as a person (like most of us tend to do), they see it as a big flashing arrow pointing toward a new solution: something obviously went wrong, they reason, so there must be a way to fix it and do it better next time.

It’s no surprise that when studied in a controlled environment, these types of thinkers also exhibited more accuracy when performing the same task a second time around.

While it may be natural to want to avoid failure, it’s not in our best interest as profitable business owners. So what can we do to change our approach?

Instead of thinking of failure as something that can be avoided, try to begin thinking of it as a natural occurrence in life. Just like some days it rains, sometimes we’re going to fail.

We don’t stop living simply because of some rainy weather; likewise, we shouldn’t stop moving forward because we encountered a misstep along the way.

Perhaps the biggest reason we try to avoid failing is because it feels unpleasant.

It’s our brain’s natural tendency to see failure as a reflection of our own abilities. If we failed, we must not be very adept at something.

If you want to truly reap the benefits of failure, you have to remove the mental link between performance and your worth as a person.

Most of us hate to fail because it feels like a setback. In our minds, failing makes our ultimate goal seem less attainable.

Instead of seeing failure as a waste of your time, look at it instead as putting you one step closer to where you want to go. Now that it’s done and out of the way, you can move forward on a fresh new path toward success.

As any good salesman knows, every “no” puts you one step closer to a “yes.”

When you reposition your thoughts on failure and begin to expect—or even look forward to—it happening, you reserve energy that would have been wasted on worry or feeling sorry for yourself and can dedicate it instead to finding innovative solutions.

Subscribe to The Profitable Entrepreneur blog and never miss an update!

7 Benefits of Empowering Your Employees