How To Use The Right Leadership Styles To Motivate Your Team 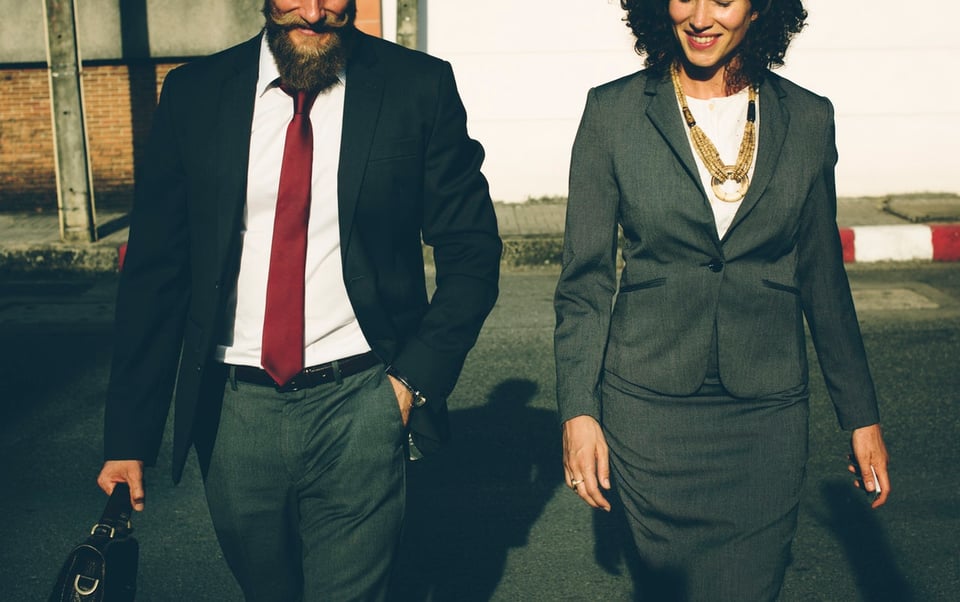 No two leaders are alike.

You have Steve Jobs types: charismatic, visionary, demanding. You have Maya Angelou types: courageous, creative, steadfast. And you have countless other types in between, all unique but still able to inspire their followers to take action and achieve goals.

How are such diverse personalities able to achieve similar success as leaders? One way is by using the right leadership styles. A good leader—whether consciously or not—selects a leadership style that’s suited both to his or her own personality and the nature of their audience.

Today’s literature on the subject cites almost as many different types of leadership styles as there are ice cream flavors at Baskin Robbins, however most management experts agree on six foundational styles of leadership we’ll discuss here. For each one, we’ll examine first what it is, then explore some scenarios that might make it the appropriate style of leadership to inspire your team and get the job done.

Authoritarian leaders, also called autocratic leaders, take a clear and well-defined position of authority over their subordinates. An authoritative leader makes decisions independently with little to no input from his reports and calls the shots from the top down. It’s a lot like a police officer directing traffic.

While it may sound unappealing and a bit dictator-like to modern entrepreneurs, the authoritarian leadership style has been the dominant one for the majority of America’s corporate history. And, it’s not without its benefits. In an authoritarian organization, there’s little question about what’s expected of each team member. The relationship between actions and consequences is clearly defined, and there’s little room for uncertainty.

Some examples of leaders who have fared well using an authoritarian style include home and design mogul Martha Stewart, who built an entire brand around her own discerning taste, and Margaret Thatcher, the effective but polarizing first female prime minister of the United Kingdom.

The authoritarian leadership style can be highly useful during tight deadlines or high-stress situations when there’s little room for group discussion.

Experts agree that to achieve optimal employee engagement and job satisfaction, the authoritarian leadership style should be used sparingly and only when necessary. A leader might implement it, for example, to make executive decisions when an important account hangs in the balance or to set a clear precedent when a mistake is made to ensure that it doesn’t happen again.

Some industries that require a high level of compliance and consistency, like healthcare, will benefit from principles of autocratic leadership.

Because it centers around the opinions and decisions of a single person (the leader), an authoritative leadership style can quickly lead to employees that feel voiceless and unvalued. As a leader, you probably place a lot of emphasis on recruiting and hiring the best people to your teams, right? So it’d be senseless not to take advantage of their wisdom!

Steer clear of the authoritative style when working with a qualified, knowledgeable team whose input can be used to bring value and drive revenue for the organization. The tech industry, for example, is one where this style may not work well.

Take a leading role in boosting your company's revenue. Let us help you improve your profits by 10% or more!

Management researchers Jiing-Lih Farh and Bor-Shiuan Cheng define a paternalistic style of leadership as one that’s characterized by “strong discipline and authority with fatherly benevolence and moral integrity.” In other words, it’s similar to the relationship a parent has with his or her child.

Based on a foundation of loyalty and trust, the leader using a paternalistic style may take a hard-line approach in doing what he feels is best for the organization and/or its employees, while at the same time applying a level of concern and consideration for the individual employee.

Though it’s a relationship most of us are familiar with in terms of our family life, it’s not one we see practiced frequently in the workplaces of the Western world. It’s used more commonly and is generally viewed by management experts as more effective in places like Asia and Africa.

Jack Ma, founder of e-commerce giant Alibaba, has a paternalistic leadership style and is often described as a “father figure” by his employees.

A paternalistic leadership style can be effective in organizations where open communication and an upward flow of ideas are valued. It can foster feelings of positive morale among employees and may boost productivity.

Since certain cultures are much more likely to adopt the paternalistic leadership style and use it effectively, those doing business internationally may find it useful to become more familiar with its techniques and application.

Particularly in Western cultures, the paternalistic leadership style is sometimes seen as ineffective because Western values place a greater importance on the views and well-being of the individual over those of the group (a paternalistic organization, on the other hand, requires consideration of what’s best for the group above the individual).

So, if your team is made up of strong thinkers that value the ability to voice their opinions, this style may leave them feeling stifled or even discriminated against.

According to Bhatti’s findings, this style pays off in the form of more engaged employees. He observed that employees found more satisfaction when working in an atmosphere where they were free to share and exchange their views, which is encouraged under a democratic leader.

HubSpot founders Brian Halligan and Dharmesh Shah employ a democratic leadership style, writing in the company’s Culture Code that “influence should be independent of hierarchy.”

In developed nations, the democratic leadership style is one of the most effective. It helps employees feel valued, gives them a sense of ownership over their position, and motivates high productivity.

If motivating your team is your goal, you’d be wise to apply principles of the democratic leadership style.

Related: Profit Coaching Roundup - Leaders Must Get Out Of The Way

The French term laissez faire translates roughly to “let it be.” A laissez faire leadership follows suit, with the leader allowing operations to unfold largely in the hands of his employees. In practice, this means lots of delegation, with decision-making abilities being passed from the leader to his subordinates.

Warren Buffett is often cited as a laissez faire leader because of his vocal support for hiring people better and smarter than him and getting out of their way while they do their jobs.

Just because you’re a laissez faire leader doesn’t mean you get to kick back and not do any work. For this style of leadership to be effective, the leader must be actively engaged in providing consistent feedback, analysis and recommendations for improvements.

Use the laissez faire style when dealing with highly skilled, trustworthy employees who have a clear understanding of a project’s overall goal. An ad agency art department, for example, could run quite well using this leadership approach.

If you’re dealing with junior team members who lack experience in their roles, they’re likely to get lost or feel overwhelmed under a laissez faire leader. Likewise, this style is one to avoid if providing constructive criticism isn’t your strong suit. 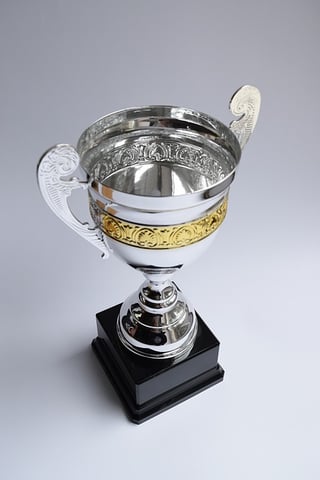 A transactional leadership style is highly performance based, with the leader motivating his team using a system of rewards and punishments. According to a University of Florida study by researchers Timothy Judge and Ronald Piccolo, a transactional leader “clarifies expectations and establishes the rewards for meeting these expectations.”

Much like in a business contract, a transactional leader offers his followers X in exchange for Y and puts stipulations in place in case the terms of the agreement aren’t met.

In their research, Judge and Piccolo found that a transactional leadership style had a positive correlation with both follower job satisfaction and follower satisfaction with their leader.

The transactional leadership style is highly effective when you’re working with a team of goal-oriented employees and there’s a clear and achievable goal at hand. The promised reward will motivate the team to achieve the goal in place. Sales is a great field for transactional leaders, and so is athletics.

If you’re in a situation where you need to boost productivity fast, say, to meet a deadline or come up with a creative solution to a problem, you might employ some transactional leadership principles to get the job done.

The transactional leadership style has limitations because of its “one size fits all” approach. In situations where the terms of success are unclear—like when you’re working to flesh out a new idea—it won’t be the best motivator for employees.

This leadership style can also work against you when followers have a strong emotional connection to the outcome of a project, or when the outcome is largely out of their control. Failure to achieve the goal and in turn, to receive the reward, can put a damper on the team’s morale.

Related: 7 Methods To Motivate Your Employees

Transformational leaders have a clear vision and are skilled at conveying this vision to their followers. They focus less on minutiae and more on big-picture thinking—what the greater good will be of accomplishing a goal.

Richard Branson and Tony Robbins are both great examples of transactional leaders who have a knack for inspiring their followers to buy into their grand vision.

It takes a certain type of individual to be an effective transformational leader. You must possess high energy and charisma and be unafraid to take risks. It’s not something you can fake; followers will be able to see right through a phony trying to sell them a vision that’s not authentic.

If you’re passionate about what you do, be it sales, technology, service, whatever, and have the ability to spread that passion to others, you can use the transformational leadership style in your favor.

Just as the transformational leadership style isn’t effective for all types of people, it’s also not a great fit for all followers. Some see it as narcissistic—the leader simply being self-promotional. Read your followers to get a feel for whether they’ll respond positively to the transformational leadership style that aims to motivate from within.

If you’re like us, you can see various elements of many of these styles within yourself. Hopefully you now have a better understanding of how and when to harness these qualities to motivate your team under certain circumstances.

The great thing about leadership styles is that you don’t have to choose just one; once you’re familiar with the risks and benefits of each of them, you can choose the one that’s most suited to your team and your needs at any given time.

A great leader is confident about his company's cash flow! Download our free cash flow forecast tool and start mastering your cash today.

Want to learn more about becoming the best leader you can be? Check out these related articles:

How Great Leaders Overcome The Fear Of Failure 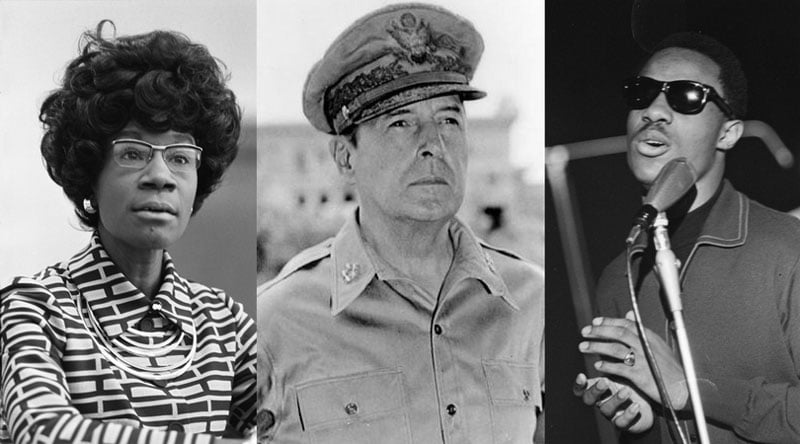 How Famous Leaders Overcome The Impossible And Achieve Their Goals 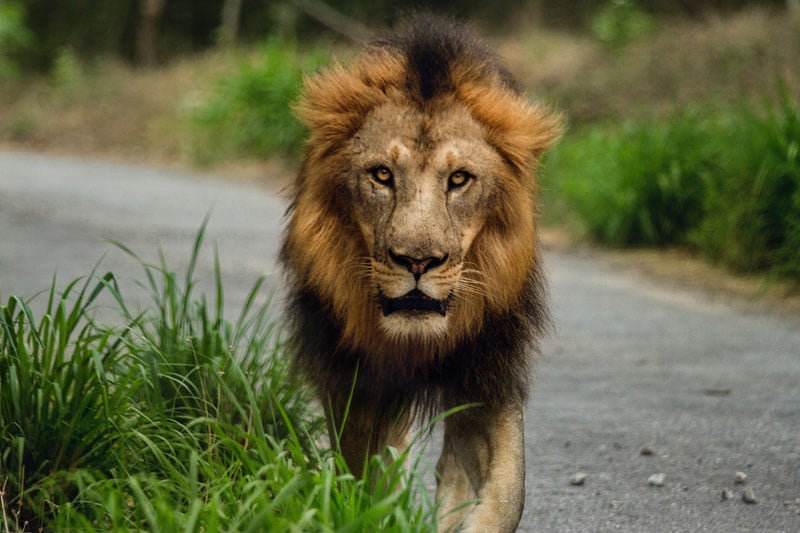 Why Visionary Leaders Have Purpose, Not Goals