Mental Toughness Isn’t What You Think 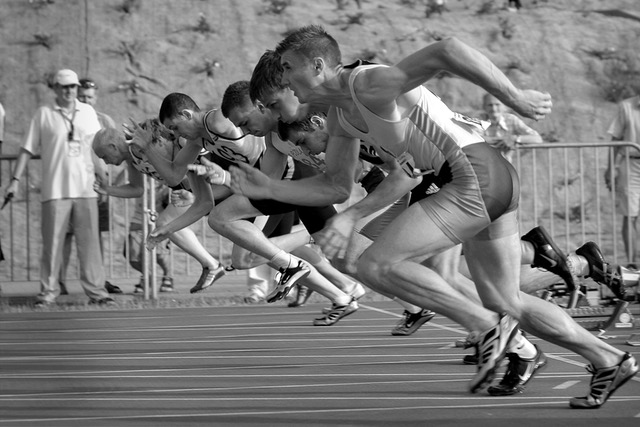 When you think of mental toughness, what image comes to mind?

For me it’s an professional athlete. He breaks down his body day after day in training, even though his muscles and his mind are probably screaming “stop!” You’ve gotta be mentally tough to overcome that.

I always thought bring resilient meant pushing through tough times despite wanting to give up. But then I came across an article that challenged this picture of mental resilience to its core: this piece by Shawn Achor and Michelle Gielan for the Harvard Business Review.

In their article, they use data-based arguments to flip the concept of mental toughness as we know it on its head. Resilience, they argue, is not defined by how we soldier on despite being tired, but by how we recharge.

“We believe that the longer we tough it out, the tougher we are, and therefore the more successful we will be,” they write. “However, this entire conception is scientifically inaccurate.”

Instead, they say, our mental toughness depends on how well we allow our bodies and minds to recover after periods of intense exertion. Fascinating. It’s a simple concept, but one that makes so much sense when you think about it.

We’ve scratched the surface of this phenomenon before on The Profitable Entrepreneur blog. In this post, we discuss how working more hours doesn’t lead to more productivity. Instead, it leads to sloppier work and the dreaded feeling of “brain drain.”

It’s not just that working more hours is futile. According to the data laid out by Achor and Gielan, we need to do more than just stop working such long hours in order to get ahead.

If we want to reach our peak performance, they argue, we actually need to give ourselves more recharging time. It’s a concept discussed at length by Jim Loehr and Tony Schwartz in their bestselling book, The Power of Full Engagement (which, by the way, I can’t wait to dig into).

If we don’t, our performance will be less than our best.

This should come as no surprise. We see this demonstrated in real life all the time. Funnily enough, one example is with high-performing athletes like the ones I mentioned at the beginning of this post.

So why do we as a society have our thinking on the matter so backwards? As the Harvard Business Review piece puts it, “the key to resilience is trying really hard, then stopping, recovering, and then trying again.”

If energy renewal is the most important component of resilience, and we don’t become tougher by pushing ourselves to the point of exhaustion, how do we do it?

By following a pattern of try, recover, try again.

How do you manage your energy during your typical workday? If you’re like most entrepreneurs, you simply work until you’re exhausted and can’t work anymore, then call it a day. Instead, experts say, we must build recharging periods directly into our schedule and take them whether we feel tired or not.

Thanks to data (once again), we even have a precise recommended frequency for scheduling these breaks: work for 52 minutes, break for 17. In a study by productivity app DeskTime, this was the average work-break ratio used by the highest-performing 10% of users.

Do you have to set a stopwatch and walk away from what you’re doing every 52 minutes on the nose? Of course not. But if you find yourself eyeballing the clock and you’ve been plugging away nonstop for close to an hour, it’s a great idea to take a 15-20 minute breather to recharge.

Finally, think of your mind like a muscle. Just as Lebron James and Roger Federer give their muscles a full 12 hours of sleep to rebuild themselves after a big game or match, we as entrepreneurs should be equally conscious about how we’re taking care of our minds.

You’d never lift weights for 12 hours nonstop, so why would so overuse your brain in the same way? It seems kind of crazy when you think of it that way.

The amount of recharging time you give yourself should be in direct proportion to the amount of mental energy you’re expending. When you structure your life and work this way, you’ll reach peak resilience.

Want more insightful articles for entrepreneurs delivered to your inbox? Subscribe to our blog below!

Arianna Huffington discusses how sleep and success are intrinsically intertwined.